Of Hobbit Holes and Cafés 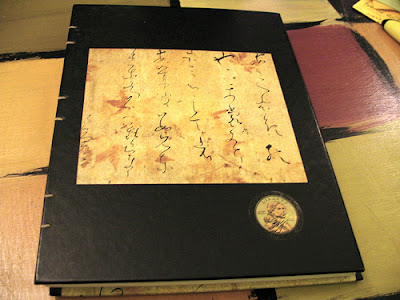 via
I wonder if J.K. Rowling read Natalie Goldberg’s advice on writing back in the day. It’s a possibility, given the fact that she wrote the first three chapters of Harry Potter and the Sorcerer’s Stone on napkins in Nicholson’s café – now called Black Medicine Coffee Shop.  Just imagine how renowned the place has become after Rowling put them on the map, gregarious folk flocking there to sip their magic potion while leaning over paper and pen.

Goldberg urges her readers to sit in a café with handy-dandy notebook and give their hands free reign.  She suggests meeting with a friend for a “writing date” - a concept contrary to the stereotype of the lonely, anguished writer.

My friend Katie tried her hand at writing in public places for awhile. Every day she’d go to McDonald’s for coffee and her morning pages.  She has enough poems from that stint to publish a collection called Breakfast at McDonald’s. Here’s one.

cases the room at McDonald’s,
makes trips to the counter
for a napkin, more coffee, more sugar.

Her eyes check to see if any eyes
will meet hers. If any will allow her
to join them for breakfast,
will succumb to her customary ploy,
“I need a friend.”

Some face that gargoyle face, allow
her to eat with them, then later complain
of their conflict – having their space invaded,
their pity for her, their guilt
at the thought of refusing…

What would Jesus do? they wonder.

One who would not bow to Angela’s craft
said simply, “Even Jesus needed a place apart,”
excusing the stone in her own heart.

Can you concentrate on writing in a crowded space?  I’ve tried and it doesn’t work for me. I get too distracted by Angelas.  I need a lonely place apart.  Like Bilbo Baggins I’m a creature of habit who doesn’t like to be disturbed. No racket or fuss in solitude.

What about you? Have you taken Natalie’s advice and ventured out of your hobbit hole to capture adventure? Do you go about with a journalist’s eye, looking for detail outside your imagination?  Me, I’ll take the vicarious adventure any old day.

Where is your ideal spot to write?  Does your best writing require privacy?
Or do you cheerfully come out of your hobbit hole every now and then?

Linking with Seedlings in Stone