As I walked out the door toward the gate that would lead to my freedom, I knew if I didn’t leave my bitterness and hatred behind, I’d still be in prison. ~ Nelson Mandela

Not forgiving is like drinking rat poison and then waiting for the rat to die. ~ Anne Lamott

To forgive is to set a prisoner free and discover that the prisoner was you. ~ Lewis B. Smedes 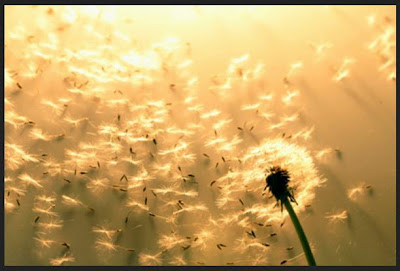 In the bible it says you have to forgive seventy times seven. I want you to know, I’m keeping a chart.  ~Hillary Rodham Clinton

Okay, so you get the picture. Forgiveness. That’s what I’m talking about.  Because unforgiveness is a burden too big to bear.  Ask Corrie Ten Boom.  Ask Coretta Scott King, who said that hate injures the hater more than the hated.

Sue Monk Kidd stated, “People in general would rather die than forgive. It’s THAT hard. If God said in plain language, ‘I’m giving you a choice: forgive or die,’ a lot of people would go ahead and order their coffin.”

Deanne told me a story about her estranged father, how he’d never paid her any mind, never remembered her birthday, never gave her Christmas gifts or the time of day.
“I decided that I’d have to be the one who reached out to him, and if he never reciprocated, so be it. I began sending him cards on his birthday and calling during the holidays, and just checking in every so often. I’m okay with the one-sided relationship because at least I know I’ve done my part.”

She told me her story exactly when I needed to hear it most.  When someone I deeply loved had wounded me so much that I was losing sleep.  And so I took her lead and began reaching out to that person. Then I wrote the whole painful story as fiction. That’s what you do when you have to “tell the truth but tell it slant.”

Now I want to hear from you.  Tell me about your experience with forgiveness – or the lack thereof should that be the case.  Throw off the albatross and move on. Release it on paper now. That’s how the healing begins.

It doesn’t have to be major league drama. Nothing is too petty. Maybe you remember when your sister chopped off your favorite doll’s beautiful hair. Or your brother swiped your pack of Juicy Fruit gum and chewed every last stick.

Or maybe it IS high drama.  Maybe your wicked stepmother stole your inheritance from you and left you penniless and homeless. Maybe your neighbor hated your barking border collie, so he turned him out of the pen while you were gone to the store one day and Falstaff has never been seen again.

And don’t forget to forgive yourself for that stupid thing you did.   If only you hadn’t taken the shotgun and blown the skylight to smithereens when your husband didn’t get around to repairing the leak…

Write your story in any POV you like, as prose or poetry, fiction or nonfiction. It matters not.  Go!
Posted by Debra at 3:17 PM