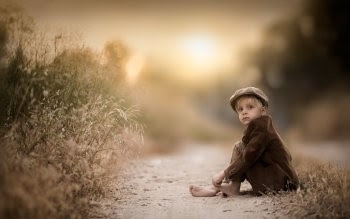 Society has no regard for truth. Masses buy its myths and lies and defend them to the bitter end. U.S. Psychiatrist Dr. Leon Eisenberg, born in 1922 as the son of Russian immigrants, who was the “scientific father of ADHD," confessed at the age of 87 in his last interview in 2009:

“ADHD is a prime example of a fictitious disease.”

You’d have thought that when the news broke and Dr. Eisenberg’s “deathbed confession” was published that parents would have thought twice before allowing their children to be led down the path of addiction. But most continued funding the psychiatric-pharmaceutical cartels and their lavish lifestyles.

They don’t question the powers that be, but often acquiesce with a heavy heart, as did my friend, Katherine Russell Barnes, who wrote this poignant poem, “What It’s Called,” about her son’s label.

My heart calls it grief
that at forty you have
no home, no steady job, nothing saved.

But my heart calls it joy
that you still delight
in the cerise throat of the hibiscus,

the saucy ways of the titmouse,
the ancient turtle’s mossy back,
a skein of geese on their predestined journey.

What other societal myths can you name that have done more harm than good?
Posted by Debra at 12:45 PM