How to Lose a Sense of Wonder

I read a true story the other day that made me cry. Made me weep. A true story about a fragile old man who befriended a broken teenage girl and helped her regain her sense of wonder. For, as most of us know by our teen years, wonder has begun to fade just as surely as we’ve forgotten how to skip. What happens to that childlike amazement? Mark Twain had an idea:

“We have not the reverent feeling for the rainbow that the native has because we know how it is made. We have lost as much as we have gained by prying into that matter.” 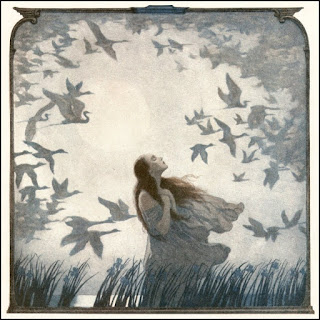 In full cogito ergo sum mode I sat at my desk and tried to write a story about a rainbow. Not that you must be inspired to pen anything worthwhile but when the task is more tedious than scraping shell bits from a boiled egg, when the draft is more stagnant than a mudhole even though you’ve prayed for inspiration and nothing magical appears on the page, you might hear yourself saying, I’m so done here, and call it a day.

True story. Straightway I drove to the grocery store after a spring rain and pulled into the parking lot and behold! A giant double arc overhead. A glowing ribbon of color, array of bright shades, golden light. Am I alone here?

Does anyone else not see this amazing spectacle? People oblivious, passing in and out the store, sightless. Blind to wonder. Never had I felt so alone. Finally, after packing grocery bags in the back of his car, one man looks skyward, then prods his son to life.

“Hey look up there. A rainbow.” Unable to contain my excitement, I lean my head out the window and say, “Amazing, aye?” The guy in the tweed cap walks my way and says, “Sure is. You know what that rainbow means?”

“Sure. God’s promise to Noah.”

“Did you know there’s another rainbow surrounding the throne in the book of Revelation?”

“Oh yeah! When my brother was a little boy, he saw that scene in a dream! Saw Jesus in the sky with his arms outstretched, a rainbow over his head, saying, “I’m coming soon.”

All the while we’re gazing up at the sky, at the beauty that feels like a miracle. The teenage boy standing next to his father, smiling at us, two grownups carrying on like that. Totally enthralled by a rainbow. Beats all he’d ever seen.

His father saying, “Why do you reckon there are two of them, one right on top of the other one?”

The boy replying, “I’ll ask tomorrow in science class and let you know.”

I don’t know about you, but I’m a slow unlearner. It took years to once more see life through the eyes of a child. As William Blake described it:

To see a World in a Grain of Sand

A Heaven in a Wildflower

Hold Infinity in the palm of your hand

Eternity in an hour.

Before it was educated out of us, we lived in wonderment. It was our natural state of being. We were our truest selves, living and taking pleasure in the moment. We were natural mystics, awestruck by the world around us. It was all amazing. Mary Oliver, who clearly held on to her sense of wonder, said it best in “Mysteries, Yes:”

“Let me keep my distance, always, from those

who think they have the answers.

Let me keep company with those who say

‘Look!’ and laugh in astonishment,

and bow their heads.”

What’s your story? When were you last awestruck? Seized by wonder?  What sight stopped you in your tracks and captivated you for a moment in time?