Have you ever suffered an affliction in life that you later discovered to be a blessing in disguise?  Or endured a hardship from which you learned an invaluable lesson?
Everything has its wonders,
even darkness and silence… and I learn,
whatever state I may be in, therein to be content.
~ Helen Keller
In the film, The Piano, Ada McGrath (Holly Hunter) hasn’t spoken since childhood.  She has willed herself not to speak.  This is the story of a mail-order bride and mute woman’s rebellion.
Her daughter, Flora (Anna Paquin), acts as intermediary between her mother and the speaking world.  They converse secretly in sign language. 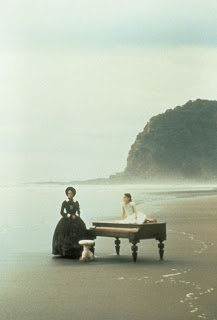 My silence was not for the same reasons as Ada’s.  Muteness crept up and struck me like a sudden cloudburst.  Not long after my mother died, my voice departed too.
I couldn’t speak above a whisper for well over a year. A singer’s worst nightmare.  Gone were the days of songwriting, recording, and performing.
But I could still speak with my hands.  I could still write poetry, and reconnect with deaf friends.
Kimberly M. 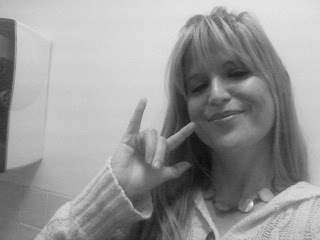 Poem to a Deaf Friend

As I head for my car near nightfall
a Wood Thrush captures my ear
with his flute-like melody
so sweet it seems he’s singing
solely for me.
I carry his joy down this road,
hear his voice distinct and clear.
The sunset has spread its glory
across the western sky.
I’ll bet you see it too. How daylight’s strength
has mellowed into a rose so deep
you just can’t seem to turn away.
As for me, this inner music begs release.
And when at last we meet again
for you I’ll translate with my hands. 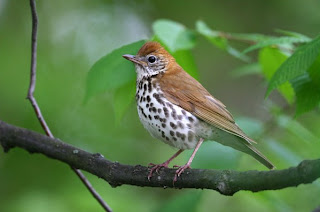 During this silent time I taught my daughter the graceful language of signing.  Within two years she was fluent enough to volunteer at the school for the deaf.
Here she taught mime workshops to elementary – high school students, and also spent time in the classrooms, working with younger children. Later, when she decides to do a presentation on the deaf culture for 4-H Congress, she wins gold medals at both district and state levels. 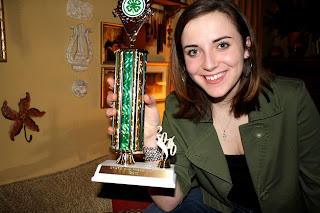 Today she still shares the language with others. My friend Jane invites her to teach a scripture verse to her Sunday school class, and here she is in action, showing the children how to sign
Romans 8:28
And we know that all things work together for good to them that love God, to them who are the called according to his purpose. 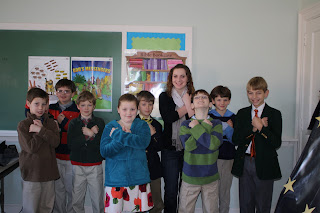 Back to the question of the day.
Have you ever suffered an affliction in life that you later discovered to be a blessing in disguise?  Or endured a hardship from which you learned an invaluable lesson? I’d love to hear your experience in the comments.
“Poem for a Deaf Friend” was first published in The Lyricist.
﻿
Posted by Debra at 7:20 PM