A roundtable discussion at Starbucks.  A small group of moms dedicated to the service of motherhood.  A conversation about our children’s aptitudes and interests (or lack thereof).   A cozy, intimate time of sharing and laughter. 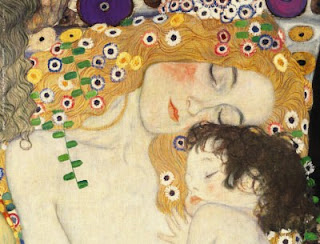 Kathy’s son enjoys the Civil Air Patrol and the Shakespeare club.
Kim’s son loves to cook - and can beat his mother at it - but has little interest in literature.  Contrariwise, her oldest daughter is a bookworm and writes with a passion.
One of Sally’s sons is scientifically oriented and spends his time, like Einstein, working out his solutions in solitude.  His younger sister, on the other hand, is not wired for such.
Sharon’s two boys are as opposite as night and day.  The elder brother has always enjoyed writing, and is now author of a book on spirituality, while the younger is inclined toward mechanics, and loves fixer-uppers of any kind.
Apparently God created us as individuals with unique gifts and callings.  Face it: he’s not the one who came up with standardization. When no two fingerprints, leaves, or snowflakes are identical, why would he desire a world of clones?  He delights in individuality, and in those who seek to fulfill his desires and plans for their lives – and their children’s.
“For I know the plans I have for you,” declares the Lord, “plans to prosper you and not to harm you, plans to give you a hope and a future.”   Jeremiah 29:11
What are your children’s aptitudes and interests?  How might these be indicators of God’s call on their lives?
Posted by Debra at 6:26 PM