Hope is the Thing

Hope is the thing with feathers
That perches in the soul,
And sings the tune--without the words,
And never stops at all…
~ Emily Dickinson 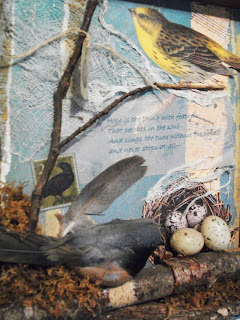 Whenever we were together, I sensed an undercurrent of sadness in Meg.  We met at a dinner party one evening and hit it off when we discovered we were fellow writers.  Though she appeared jovial to most observers, I sensed a grieving spirit within her.
After becoming better acquainted, I learned the reason for her sorrow.  She’d tried for years to conceive, and wasn’t getting any younger.   Time was of the essence, but time was slipping by.
Amazingly she held onto hope.  “I believe I will have a child…isn’t that what we are made to do as humans?  Reproduce?  I never thought I’d turn into one of them. Those people obsessed with becoming pregnant. People who see specialists.  People who take fertility drugs.  People whose one wish in this world is to become pregnant.  Well, I have.”
She’d been diagnosed with a uterus septum.  A uterus anomaly.  Fallopian tubes which never fused into a whole uterus.  A freak of nature.
More specialists. A series of tests, ultra sounds, gynecologists.  Hormone and sperm testing, egg counts, MRIs, endocrinologist, laparoscopy, hysteroscopic uterine septum resection, polypectory.  There would be no full term baby.  An impossible dream.  A blighted ovum, an embryonic pregnancy, a fertilized egg attaching itself to the uterine wall.  An undeveloped embryo.
A sense of false hope.  Tears.  Acceptance.
A fertility clinic that might (or might not) work for them.  More ultrasounds.   A heartbeat!
A memorial garden. 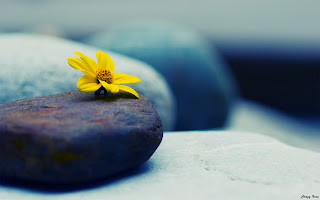 “I named our first baby Grace.  I didn’t know if the baby was a boy or a girl, but knew its name was Grace.  My husband and I planted pink and white impatiens and blue delphinium.
“At first it was difficult to force myself to talk to the unborn baby in the memorial garden. I secretly wondered, Was it even a baby?
“I’d read on the blogs of the weary and sad, who’d been through this ordeal, that it was helpful and healing to write messages or letters to the  unborn, telling the baby what you’d planned for it.
“So I’d walk out the front door and down the long wrap-around porch of our Victorian home and onto the brick steps of our front walk every day, and tell our baby that I would have loved it with every inch of my being, and taught it to play soccer in the front yard, and taken it on adventures. I told it every day that I would have loved it.  I told the baby this until it didn’t hurt to tell it.
“Then I knew the healing had begun.” 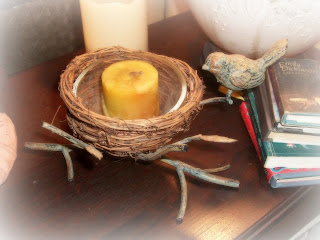 More fertility drugs.  One sterile room after another.   The room where swimmers are caught in a cup.  Sperm and eggs in Petri dishes.  15 million sperm needed.
“Both IUIs didn’t take and we were out $2500.  We couldn’t afford any more options as infertility isn’t covered by Blue Cross Blue Shield.  But an abortion would be covered.  Ironic.”
At last I sent Meg to my acupuncturist, Richard House.
“I’d get up at 5:15 A.M and be out the door by 5:15 for the dark drive to Goldsboro.  I imagined my child in those northern hemisphere stars. They looked like giant pin holes in an earth covered ball.  I knew our child was out there.  I called to it on those early drives, knowing.  Just knowing.
“The needles felt like invisible flutters.  Dr. House would take a tiny tack-like instrument and gently place the needle in the skin.  He told me he’d learned this fertility treatment from a man in India.  He said my liver energy was high and my kidney energy was low. Basically, I was stressed and it was throwing my body and hormones out of whack.
“This little breathing, beating-heart baby is inside me and I have to stop and think how lucky I am to be here.  I am taking each moment by moment and each day by day.  Things look good and the impatiens and delphiniums are still blossoming even after the cold frosts we have had in the last week.  I believe both babies are connected.  How, I cannot explain.  Just something a mother knows.”
“Hope is a good thing, maybe the best of things, and no good thing ever dies.”  From The Shawshank Redemption.  (Andy in a letter to his friend Red).
Meg’s hope remained steadfast.  I added my faith to her hope.  Because “Faith is the bird that feels the light and sings when the dawn is still dark. “  ~ Rabindranath Tagore 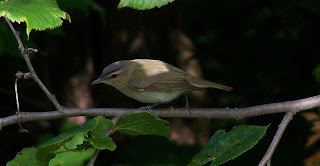 A Baptism of Light 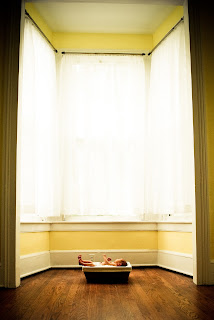