The Cedars of Lebanon

The heart’s affections are divided like the branches of the cedar tree; if the tree loses one strong branch, it will suffer but it does not die.  It will pour all its vitality into the next branch so that it will grow and fill the empty place.     ~ Kahlil Gibran
People say that the cedars were planted by God’s own hands. This is why they’re called “The Cedars of God,” and this is why Lebanon is called “God’s Country on Earth.”  Lebanon appears 75 times in the Old Testament.  It is the only country in the Middle East that does not have a desert, and it is the only non-dictatorial country in the Arab world. 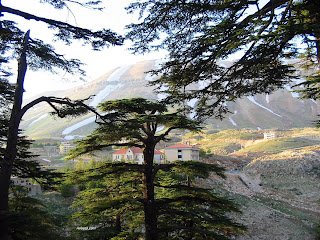 My daughter Abigail (Abi) finds this information online as she researches the country of her paternal ancestors.  Her father’s grandparents are Lebanese immigrants who settled here on the east coast and became U.S. citizens.
She signed up for the International Fair with our homeschool co-op, and is speaking about her great-grandmother and her native land, Lebanon.  She found a framed article at her grandfather Ralph’s house, titled, “Mrs. El Ramey’s a Dreamer and a Worker.”  Through this article and from interviews with her grandfather she has become acquainted with a great grandmother she’s never met, one who died long before she was born. 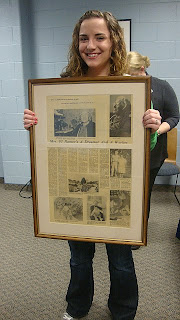 Abi’s Presentation at the International Fair
I went to my granddaddy’s house and found this framed article.
This was my first real introduction to my great grandmother. 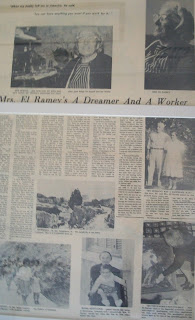 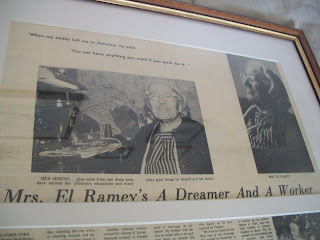 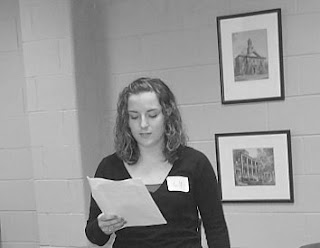 A dream brought a twelve-year-old Lebanese girl to America. Essie Marie Abeyounis arrived at Ellis Island in the fall of 1911 with her father – nearly a century ago!  She didn’t know whether he expected to make his fortune here or whether he just wanted the adventure.  Anyway, Essie - or Sitti to me (which means grandmother in Lebanese) - always remembered his words, “You can have anything you want in America if you work for it.”
In Dover NH, Sitti worked in a mill ten hours a day, counting tiny wires in weaving frames.  During this time, her father grew homesick and returned to his wife and other children in Lebanon, and Sitti moved to Greenville NC to live with her brothers.
Later she attended the Sister’s school, Belmont Abbey.  Here she was forced to learn English, for they said to her, “Learn the English language – or don’t say nothin’.”  In Greenville, she’d been able to speak Arabic with her brother and other family members.  But not here.  After graduating, Sitti returned to her brothers in Greenville, where she met Joseph El Ramey.
In Sitti’s own words:
“I went out with Joseph one time before we were married.  He asked me right in front of my brother if I would like to see the movie, Birth of a Nation.  And we went, unchaperoned, which was really shocking behavior in those days among our people.”
Joseph (my great grandfather) asked her brothers for Essie’s hand in marriage and was turned down flat. The brothers didn’t approve of the marriage because Joseph wasn’t from their hometown of Hammana in Lebanon.  Besides, he’d not yet made his fortune.  So there!
Long story short: they eloped.  Sitti says, “We were not children who didn’t know our own minds.  He was 41 and I was 26.  Lent began the following Wednesday, and according to our families’ beliefs a couple had to be married before or wait until after Easter.  So we were married on Tuesday.
“We moved to Farmville in July, 1925, and opened a dress shop there.  Those years during the depression were hard, but our family was happy.”  The couple had three children: Anisa, Tommy, and Ralph (my grandfather).
Meanwhile, Sitti’s mother over in Hammana sat and looked toward the ocean and wondered if she’d ever see her daughter again.
Then in 1961, Essie’s son Tommy bought her a round-trip airline ticket to Lebanon. Friends in Farmville also presented her a sizable gift to help out with expenses.
For 10 months during 1961 and ‘62 Sitti strolled the hills of Hammana with her 92 year old mother who was still alert and active.  She stayed through the Christmas season with her Lebanese family and visited Beirut, Tripoli, the Cedars of the Lord, and other places of beauty in the land of her birth.  But she was never tempted to stay.  She missed her children too much.
Before Sitti left her native land of Lebanon to return to the U.S., her mother told her that she was now content to die, having seen her daughter again.
My great grandmother brought back this family tree from Lebanon.  It was made in 1480.  The very bottom branches represent the “Ramey’s”, 4 brothers who began the tree, and all of these leaves are descendants from them. 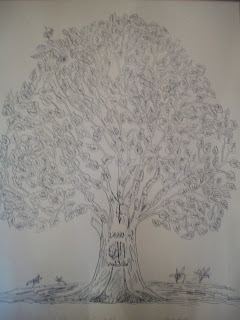 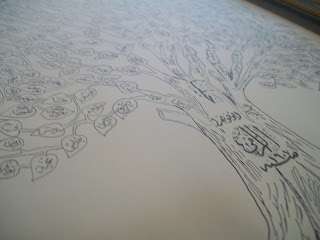 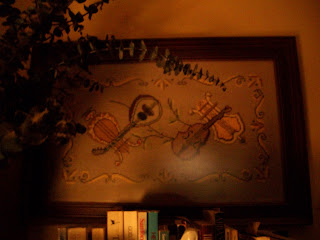 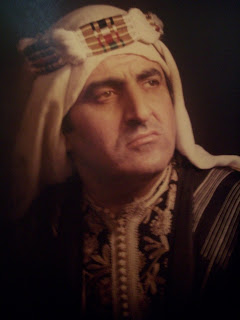 My Granddaddy Ralph visited relatives in Lebanon in the 90’s and returned home with gold bracelets for me, my sister, and my mom. 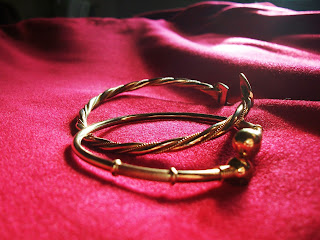 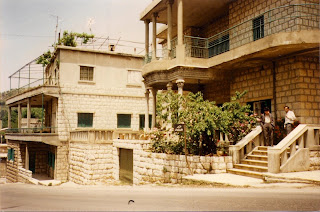 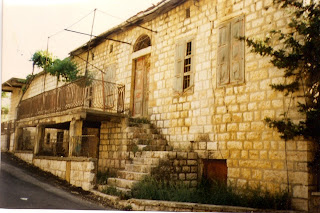 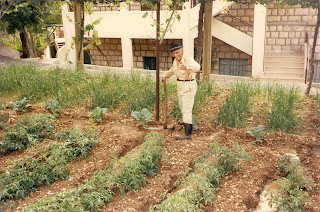 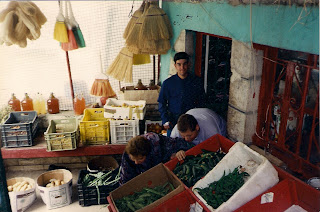 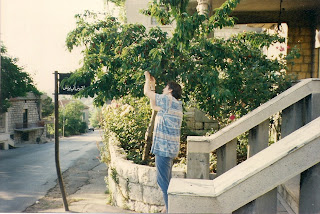